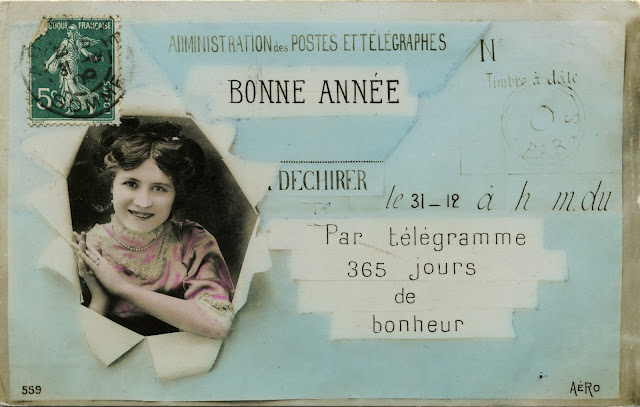 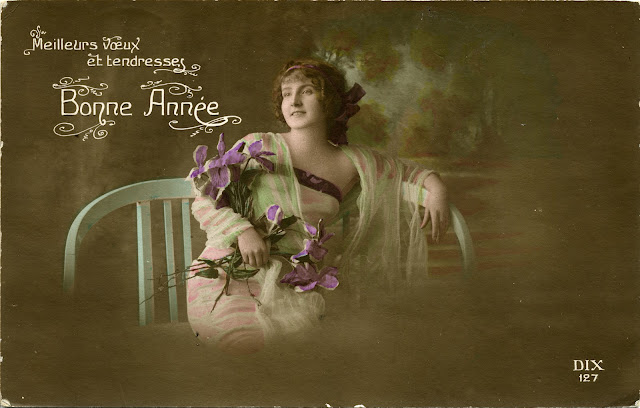 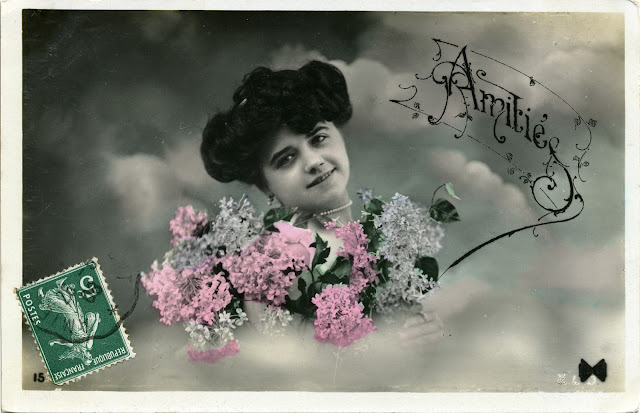 Please pardon my French; if the title for this post is grammatically incorrect, please let me know.

These three postcards have postmarks dating [from top to bottom] 1910, 1916 and 1908. The top two cards send New Year's Greetings and the last card says 'friendships.' All three are hand-painted photographs, although heavily masked and composed photographs; some crafty, old school, darkroom work.

I find it amazing that the second New Year's card shown here, Meilleurs voeux et tendresses; Bonne Année, was sent in 1916 from one part of France [the card has French stamps, but an unreadable origin of postmark] to Étampes when World War I was raging on and armies were entrenched and embattled. Despite what was going on within the country, the mail was still delivered and there was still a good enough mood to send best wishes.